I'm back!!!! Red with sunburn and aching muscle.. But I had lots of fun in Borneo. It is just what I need, to increase my technical knowledge and also to refresh myself, kinda like a week away from reality. Our first stop is at Labuan, which is a nice small island off Sabah. A very peaceful island, and it took us only 2 hours to tour the island. The outcrops in Labuan are cool.. most of them are along the beach, so it was nice to walk along the beach, cooled off by the refreshing sea breeze.

Then on Wednesday we flew to Miri, and took a 4 hours bus ride to Bintulu (supposed to be only 2 hours but the bus is sooo slowww). In Bintulu, the outcrops are along roadside, so no more sea breeze to cool us down. But the weather is on our side. All 5 days, it did not rained when we were out in the field, and at the most exposed stops, we had clouds protection. In Bintulu, we had to wear a very glaring safety vest, so that every time locals passed by, they looked and stared at us like we are some kinda crazy people. "Jakunnya, apa best sangat batu buruk tu".. hehe..

As predicted, I got sunburn even when I was covered all over, even my face! I looked like a "penyangak" (bad guys) or an Arab nomad, wearing handkerchief over my face. That's the price of having this very sensitive skin. But it's OK, it was worth it. Food was great, we had lots of cheap seafood every night, especially when the company is paying.. hehe. Overall, it was a good trip. The hiking is minimal (nothing compared to US field trip), and the outcrops are amazing. It's great to mingle with my office colleagues outside the office (lots of yummy gossiping) and it's always good to get away from office once in a while.. :)

p/s: I am too lazy and too tired to scrap this weekend. Also need to spend time with my family.. hopefully got the chance to scrap next week! Plus, now I have lots of awesome pictures to scrap :) 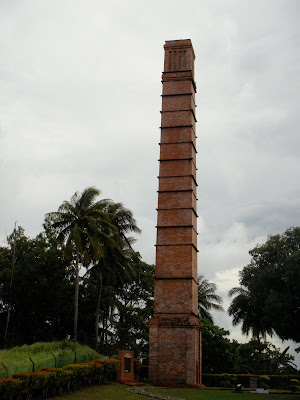 Our final stop in Labuan.. nice view, nice rocks (yes, in that sequence).. Notice the rock hammer Aziz had on my head.. haha 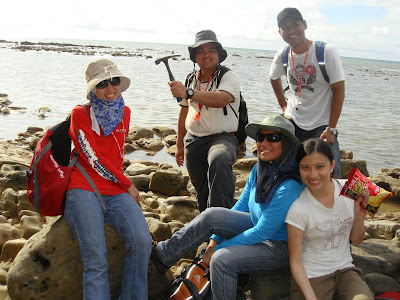 Chillin' by the seaside.. 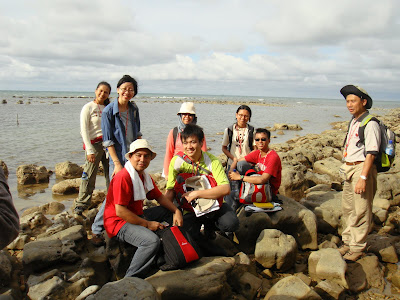 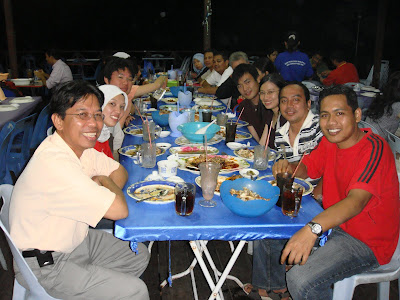 Similajau National Park near Bintulu.. nothing much but a beach with mangroves and crocodiles, and not to mention lots of hungry mosquitoes.. 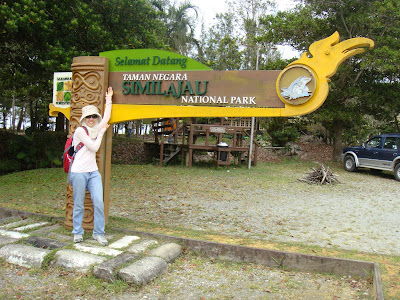 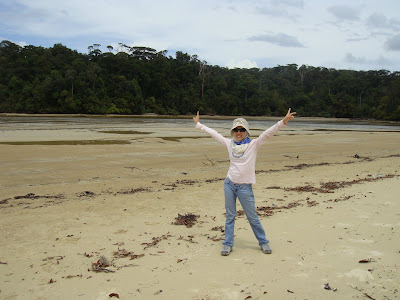 World-class tidal rocks exposure.. Our instructors convinced us that this is the best in the world, and due to weathering, it wont last long :) 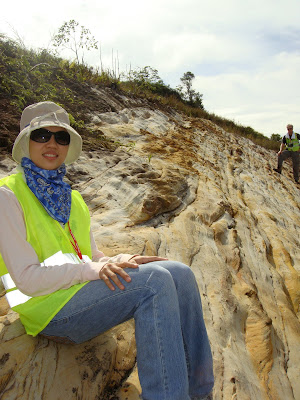 The class with our glamorous safety vests.. 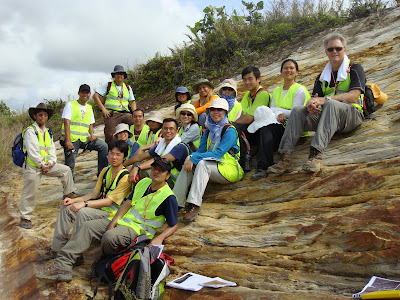 Email ThisBlogThis!Share to TwitterShare to FacebookShare to Pinterest
Labels: vacation

Thanks you for dropping by.. Your comments are highly appreciated, they definitely make my day! Thanks a lot.

Mazlina
Melbourne, Australia
I started scrapbooking since January 2009, but was hooked into it ever since. I recently moved to Melbourne, and loving it! I took a break from scrapping after the move but glad that I started again early 2011! My family has been my scrapping inspiration. My wonderful hubby, together with our lovely son and daughter completes me. Geologist by profession, but scrapbooking is my first passion. This blog is where I share my modest creations, as I am truly.. scrapperocks!